Hiking in the Pyrenees

The Pyrenees is a mountain range that lies on the border of France and Spain.  There are a myriad of trails on both of the French and Spanish sides of the range.  For those that trek over multiple days and multiple nights, the GR-10 trail on the French […] 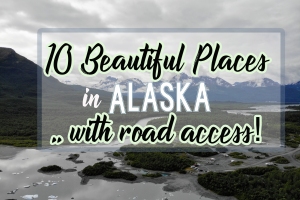 Alaska. That one state everyone dreams of going to at least once in their life.  And if you’re fortunate enough to go there.. you’ll probably fly into Anchorage or Fairbanks, as those are the largest cities in the state.  But in my opinion, Alaska isn’t somewhere you should […]

In May of 2019 work brought us to the area of Jersey City/New York City.  We were there for 6 full weeks.  If you follow my blog or social media at all, you’d know I am not much of a city person.  I prefer greenery, nature, wildlife, etc. […]

Beautiful Places to Visit in Florida for Nature Lovers

Florida.  Unless you’re a native, when you hear the word Florida you probably think of either Disney World’s theme parks in Orlando or the hustle of South Beach and the nightlife in Miami.  Those places are definitely fun in their own way.. but there’s so much more to […]

Ruta Del Cares is a hiking route located in Picos de Europa in Northern Spain.  It runs through a beautiful gorge, with the trail built high above the river right into the the side of the mountains.  The trail is not paved and often has a steep drop […]

The Beautiful Dolomites of Northeast Italy

What do you think of when you hear someone say ‘Italy’?  I’m willing to bet you think of delicious pastas, wines and vineyards, the beautiful Amalfi coastlines, and even possibly the mob.  But what a lot of people wouldn’t think of (that I do) are the Dolomites. The […] 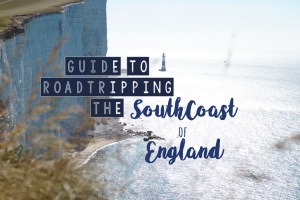 Roadtrip the South Coast of England

When most people think of visiting England they think of the busy streets and shops of London.. filled with double decker buses, old red phone booths, and good ole Big Ben.  But if you get outside that big city, there is so much nature to be seen and […]

8 Beautiful Places in Berchtesgaden.. a National Park Everyone Should Visit

Berchtesgaden National Park is a beautiful area in the southeast corner of Germany.  Some places are popular and known, while others are quiet and secluded. There are hiking trails that take multiple days to complete and there are shuttles to just sit and enjoy the views .. something […]

Relax in the most beautiful treehouse in the world!

I don’t even know where to start other than with the most simple sentence: Yuquiyu is flat out amazing!  It is one of the most beautiful places I have ever had the opportunity to stay at.  Completely surrounded by the beauty of El Yunque National Rainforest, it is a nature […]