7 Things to do in the Deserts of Northern Chile 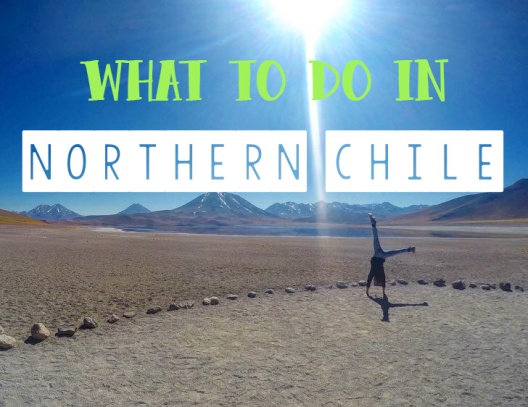 CHANCES ARE IF YOU’RE HEADED TO NORTHERN CHILE IT’S FOR 1 OF 2 REASONS…  YOU ARE EITHER VISITING SOMEONE THAT LIVES THERE, OR YOU ARE LOOKING FOR A DESERT ADVENTURE.  I WAS FORTUNATE TO BE THERE FOR BOTH REASONS!

I went to 3 main cities…  San Pedro (desert town in the middle of nowhere), Antofogasta (larger coastal city by the ocean), and Calama (a small town in between the other 2).  Of course also went to a lot of other small communities in between… but this post is going to be the places I recommend that you MUST SEE or DO while you’re over there!

First and foremost, GET YOUR BUTT OUT TO SAN PEDRO DE ATACAMA.

It has some beautiful landscapes to see.  You can hop on a bus to get there from any major town.  I took a big coach bus from Calama to San Pedro, and it was about a 1 hour and 45 minutes ride.  It only cost a couple bucks, so no excuses.

The First 3 “to do’s” listed below are in San Pedro, so a couple random facts about San Pedro before pictures:

1. It is a tiny, high altitude, desert town that has been there for a long time.  My ears popped a few times on the drive there.

2. It is super dusty and dry.  I am prone to bloody noses, but my boogers were so bloody the entire time I was out there because of the dry air… so bring some sort of moisturizer for your face and nose.

3. Some Atacamenites still live there (the indigenous people of San Pedro.. comparable to Native Americans in the US)

4. It is out in middle of nowhere without no airport, no hospital or real health care, but there are a lot of tour companies that will drive you to the places below!

1. THE STARGAZING TOUR IN SAN PEDRO

Who doesn’t love getting lost looking at the stars?!  & Because of the high altitude, minimal clouds, no rain, and no city lights, the visibility of the stars and milky way in San Pedro is unreal.  The picture below is the group we went with.  Tour includes a professional astronomer.  He used a laser pointer to educate us on different stars, constellations, planets, etc.  That is then followed by the astronomer pointing 5 different large telescopes to points of interest for you to look at.  The coolest one to me was being able to see Saturn and its rings so clearly in the telescope.

the most stars i’ve ever seen.. truly amazing

2. THE ALL DAY TOUR FROM SAN PEDRO

LAGUNA MISCANTI– There are 2 lagunas located next to each other (Miscanti & Miniques).  It took about 1.5 hours to get there on rocky bumpy roads from San Pedro… expect to see nothing at all on your way there except sand, volcanoes, and a few vicunas (the ONLY animal that seems to be able to survive out there). 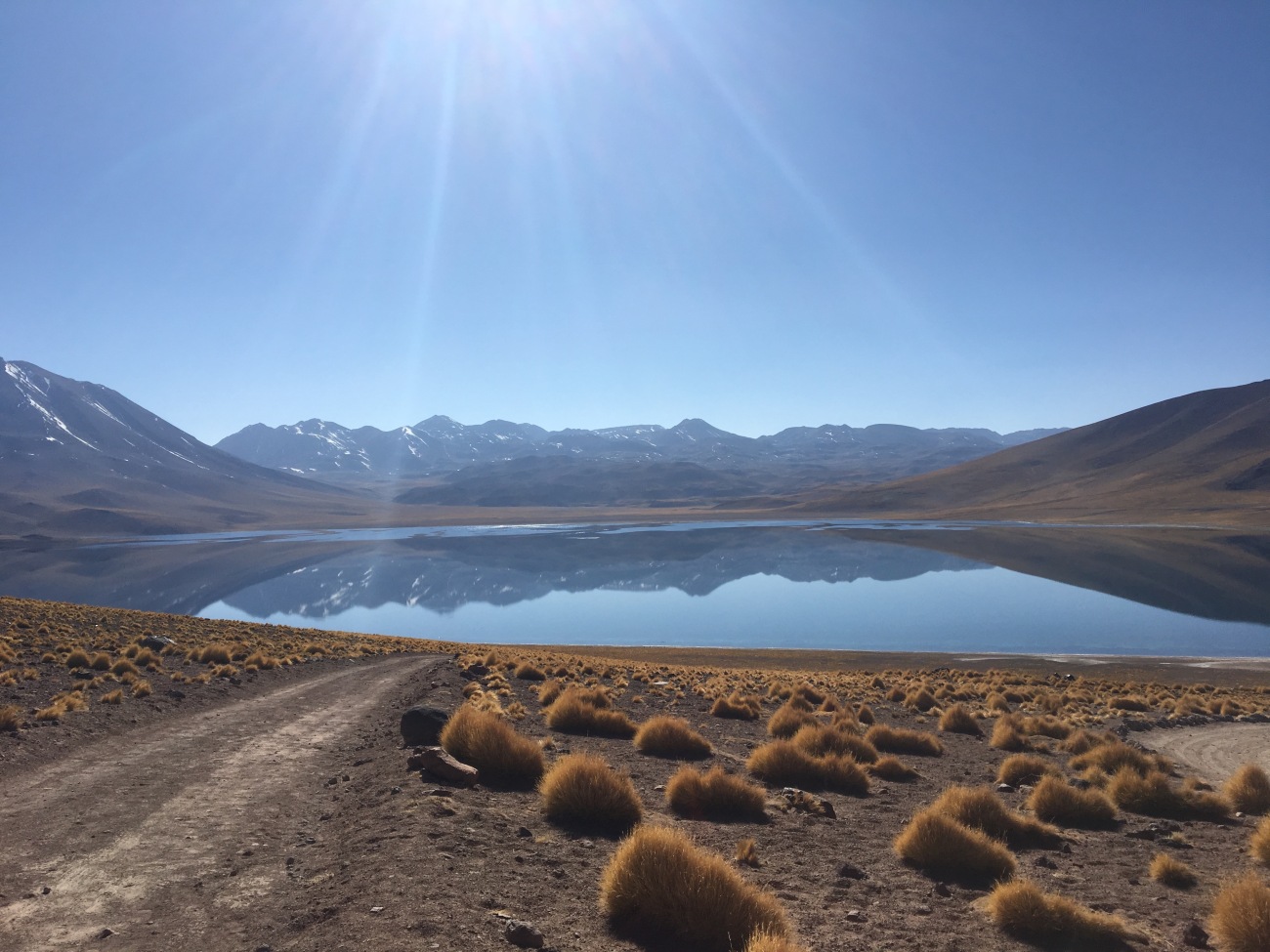 LAGUNA MINIQUES- The lagunas are at a really high altitude, about 4100 meters above sea level (13,000 feet).  It did cost an extra 3,000 pesos to see them, like paying for entry to a national park.

PIEDRAS ROJAS– About 45 minutes from the Lagunas above (so about 2 hours and 15 minutes from San Pedro), is Piedras Rojas, or Red Rocks. 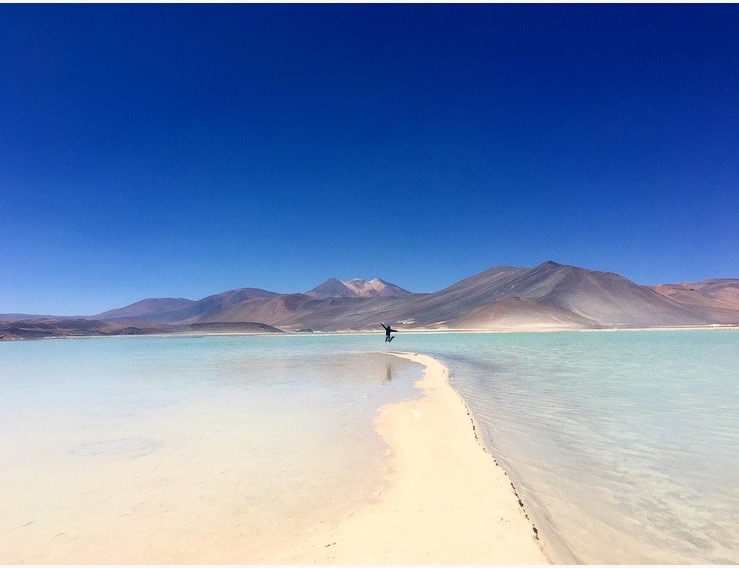 The road to get there was CRAZY bumpy and dusty, even the inside of our bus had a thick layer of dust in it.  We were breathing into our scarves on parts of the ride.  BUT ITS WORTH THE TRIP.  It is so beautiful there.  Beautiful blue water and great landscapes to look at. A close up of the rocks below.  There is no entrance fee. 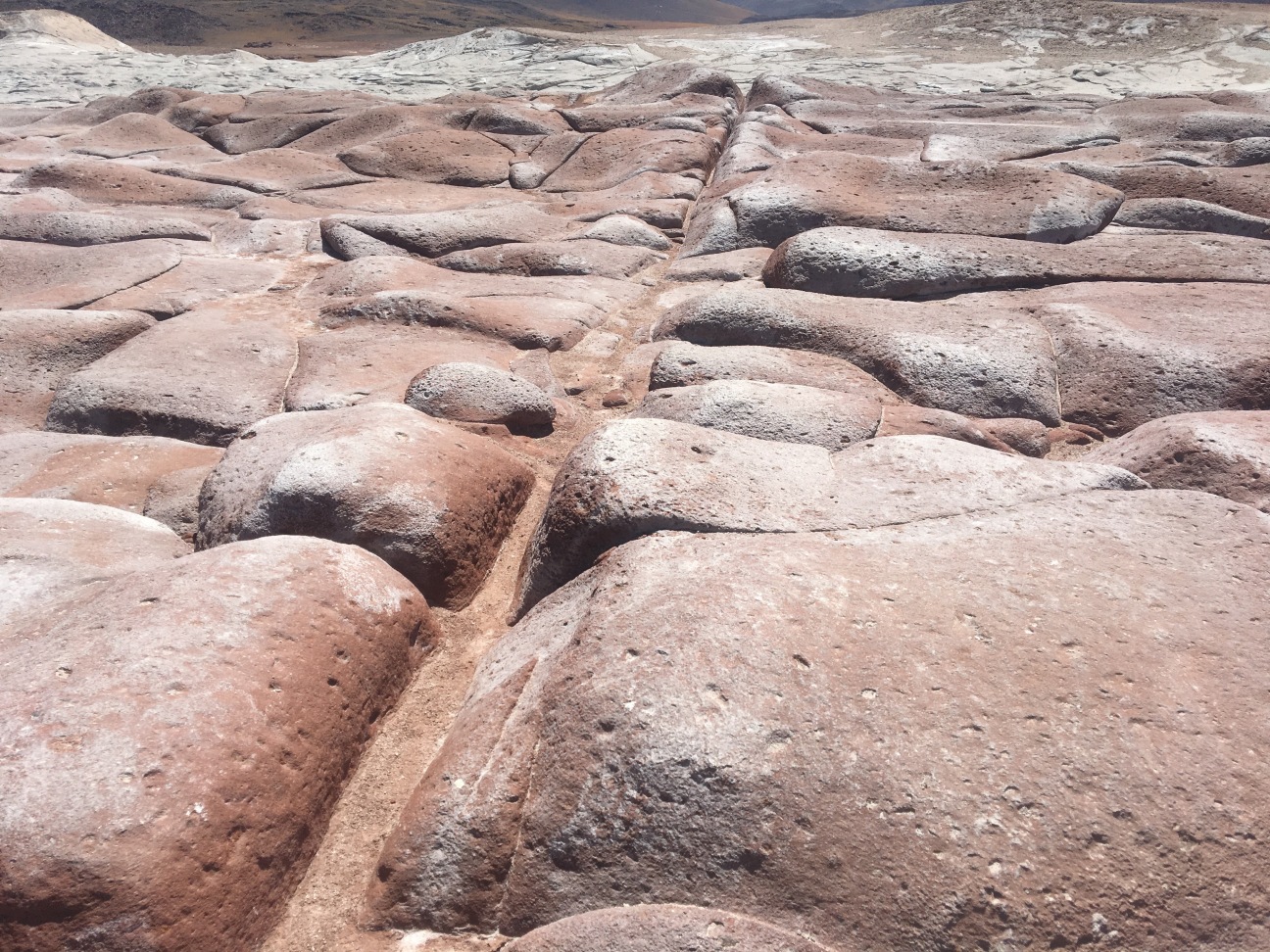 SALAR DE ATACAMA (SALT FLATS)– The largest salt flat in Chile and 3rd largest in the world.  The white in the picture below is all salt, not snow. 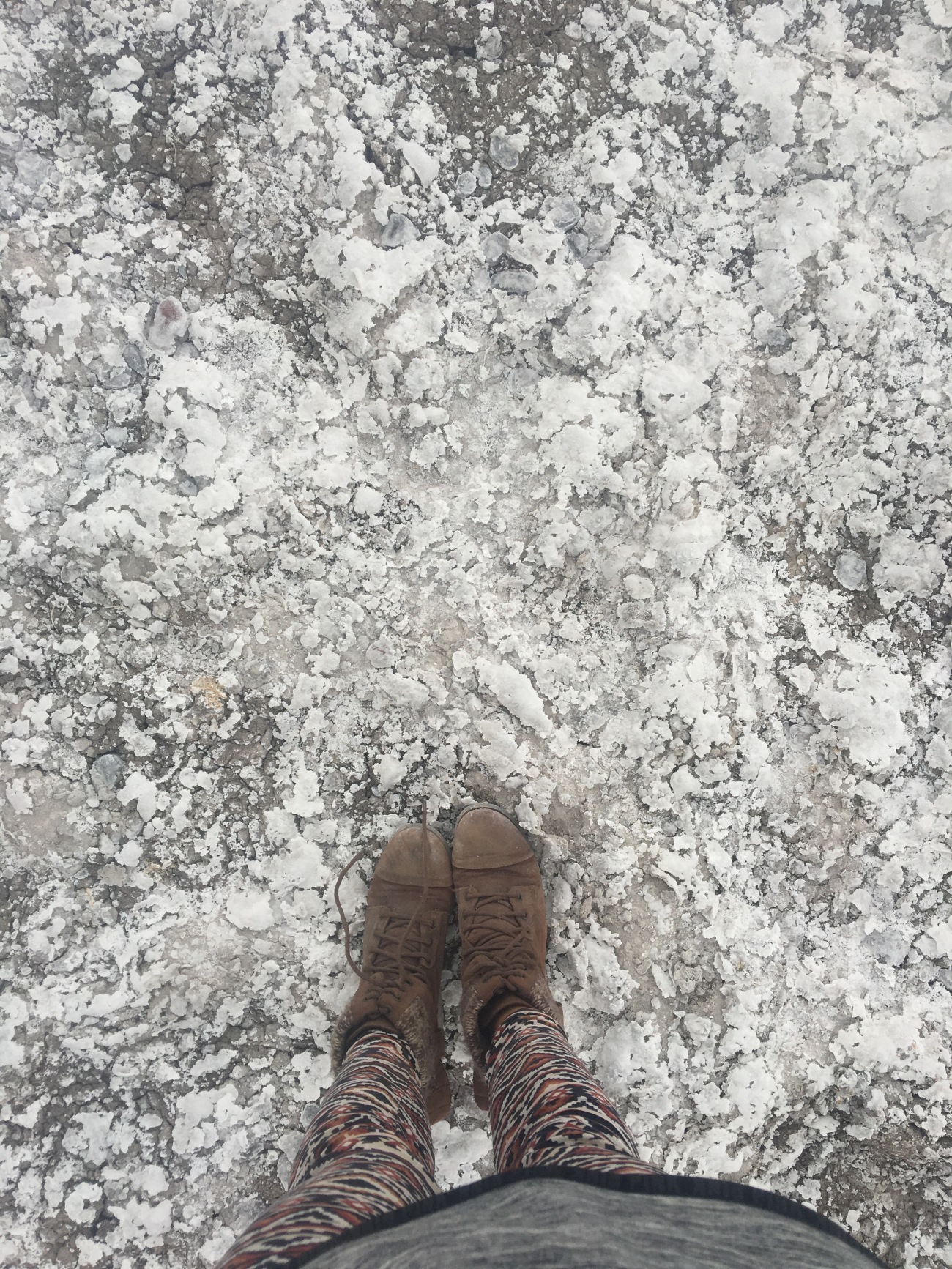 It is surrounded by Andes and other mountains and has no drainage outlets.  It was really hot here. Even though no animals live out here, somehow or another FLAMINGOS live here.  Crazy.  Located about 30 minutes outside of San Pedro and cost 2,500 pesos to enter. 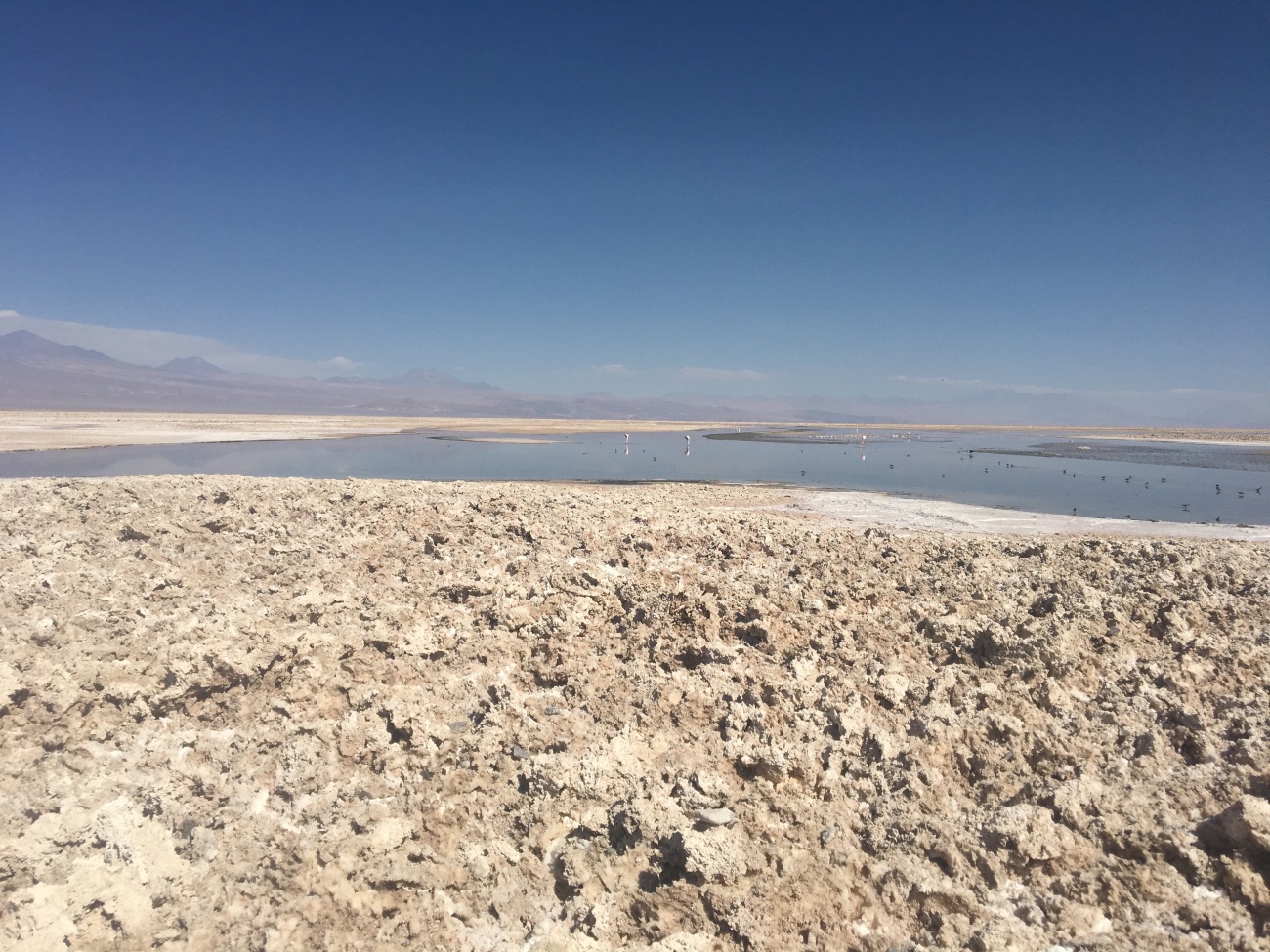 Located right outside of San Pedro, is Valle De La Luna (Valley of the Moon.. or the “salt caves”).  We biked there from town.  But we waited until the end of the day so had a strict time limit.  I recommend going earlier in the day to maximize your time here.  Also, the bike ride was challenging because it was on a rocky road and very windy… So if you’re not into that, I recommend you drive there (most people drive).

Once there, you can walk through the caves (at some points they are pitch black and you will need a flashlight to see where you are going) and see the different stone and sand formations formed from water years ago.  There is significant amounts of salt here, which looks like snow in pictures (below), but it’s salt. 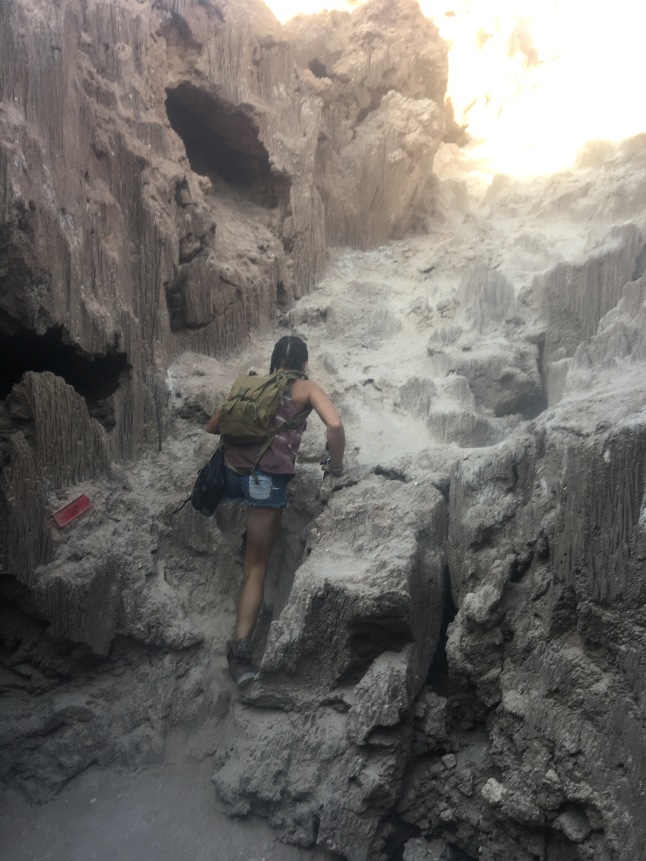 4. COMPLETE THE CHUQUICAMATA MINE TOUR

This is located in Calama, Chile. 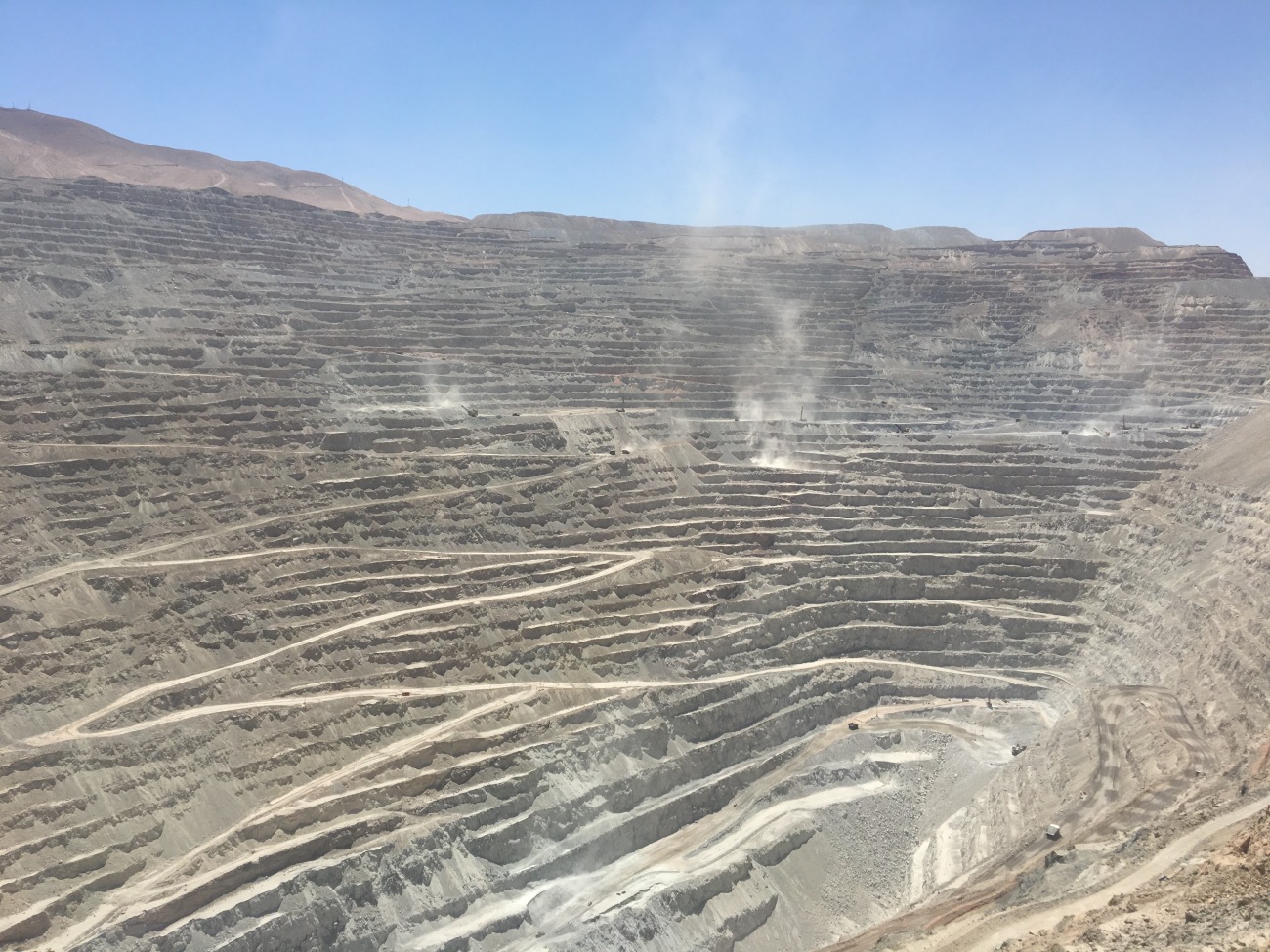 Mining is a HUGE industry in northern Chile.  There are multiple mining companies with huge mines all over the place.  The largest open pit mine in the world is the Chuquicamata mine.  They mostly mine copper, bringing in $7 million of copper per DAY.  The trucks used for this are MASSIVE (in picture look at size of typical truck next to mine truck).  Each truck costs $10 million to make, uses 1000 gallons of fuel per day, and run 24 hours a day up and down the mine.

There are volcanoes EVERYWHERE in northern Chile.  Even if it looks like a mountain, chances are it’s a volcano.  There are chains of them just back to back next to each other.. really crazy actually.  Find one that isn’t actively flowing, not too dangerous or high, and get up on it!  We climbed a little one, but it was cool to see the rocks and lava trails inside of it, as well as the views from the top.

We climbed “Volcan Poruna” which is directly next to Volcan San Pedro.  Poruna is an active volcano that took about 30 minutes to climb to top, and was all rocks with nothing to hold onto.  Vulcan San Pedro is active and ENORMOUS.

There are multiple “ghost towns” around northern Chile… meaning old abandoned towns that nobody has lived in for 100+ years.  Reasons vary but usually became abandoned because there was no work near it anymore and they had to move to where there was.  Ask a local how to get to one.  They are usually in the middle of nowhere and very hard to find.  I was fortunate enough to have someone with me that knew where to find one. We went to CARACOLES. 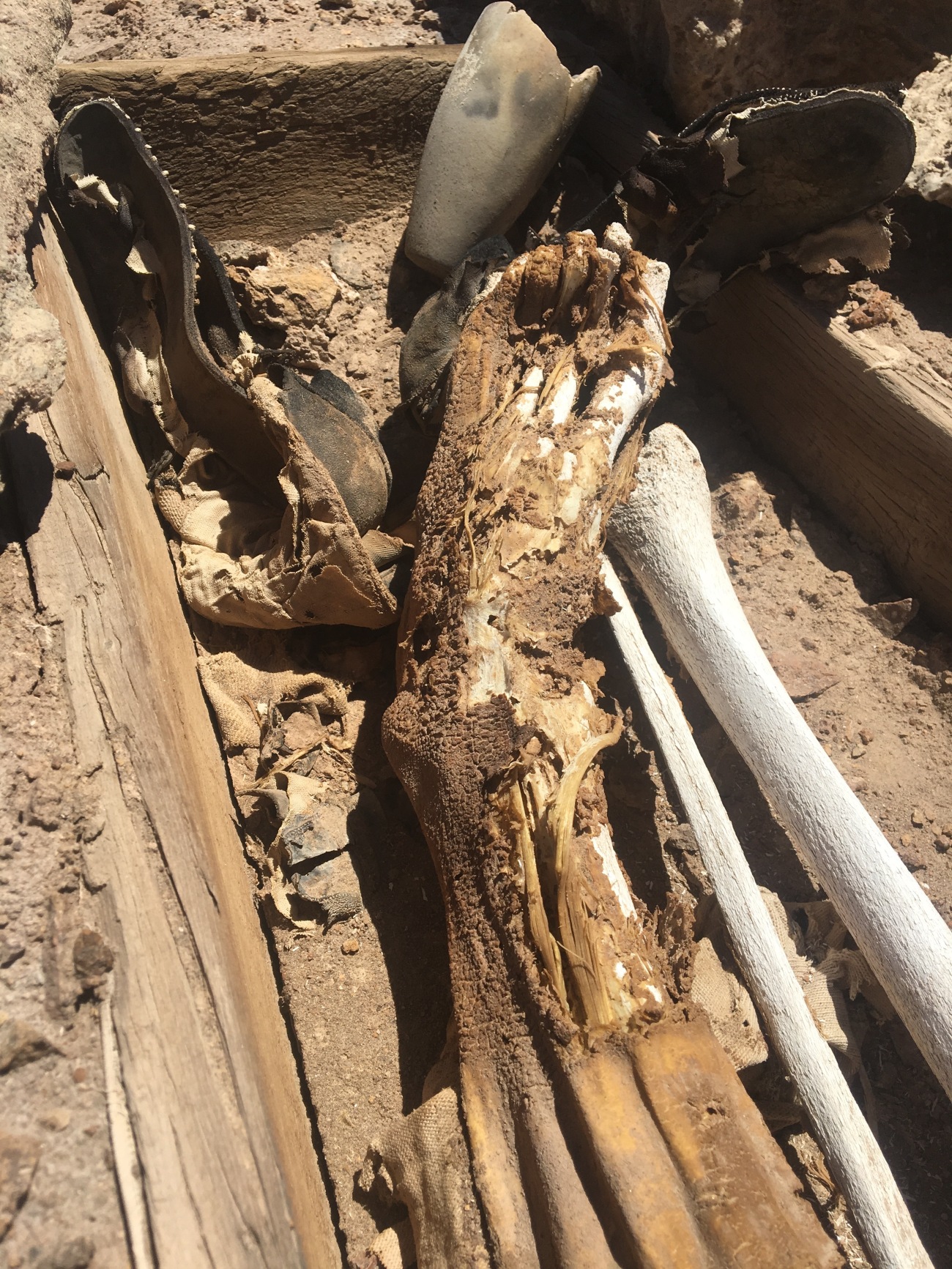 In Caracoles, the cemetery still remains, but most bodies are fully exposed and no longer buried.  This was SO INTERESTING and intriguing to me.  There were human bones just lying around and have just been laying in the desert like that since the 1800’s.  Where else in the world are you going to see something like that?!  GO FIND ONE!

7. CAMP ON THE BEACH (IN ANTOFOGASTA)

After all the hiking and exploring and adventure, finish your trip with a relaxing night SLEEPING ON THE BEACH.. You can pitch your tent, or pass out on the sand, nobody will care.  It’s free, it’s legal, and it’s beautiful. Bring your grill, your drinks, fire wood, and a good sweatshirt (it was cold at night!). 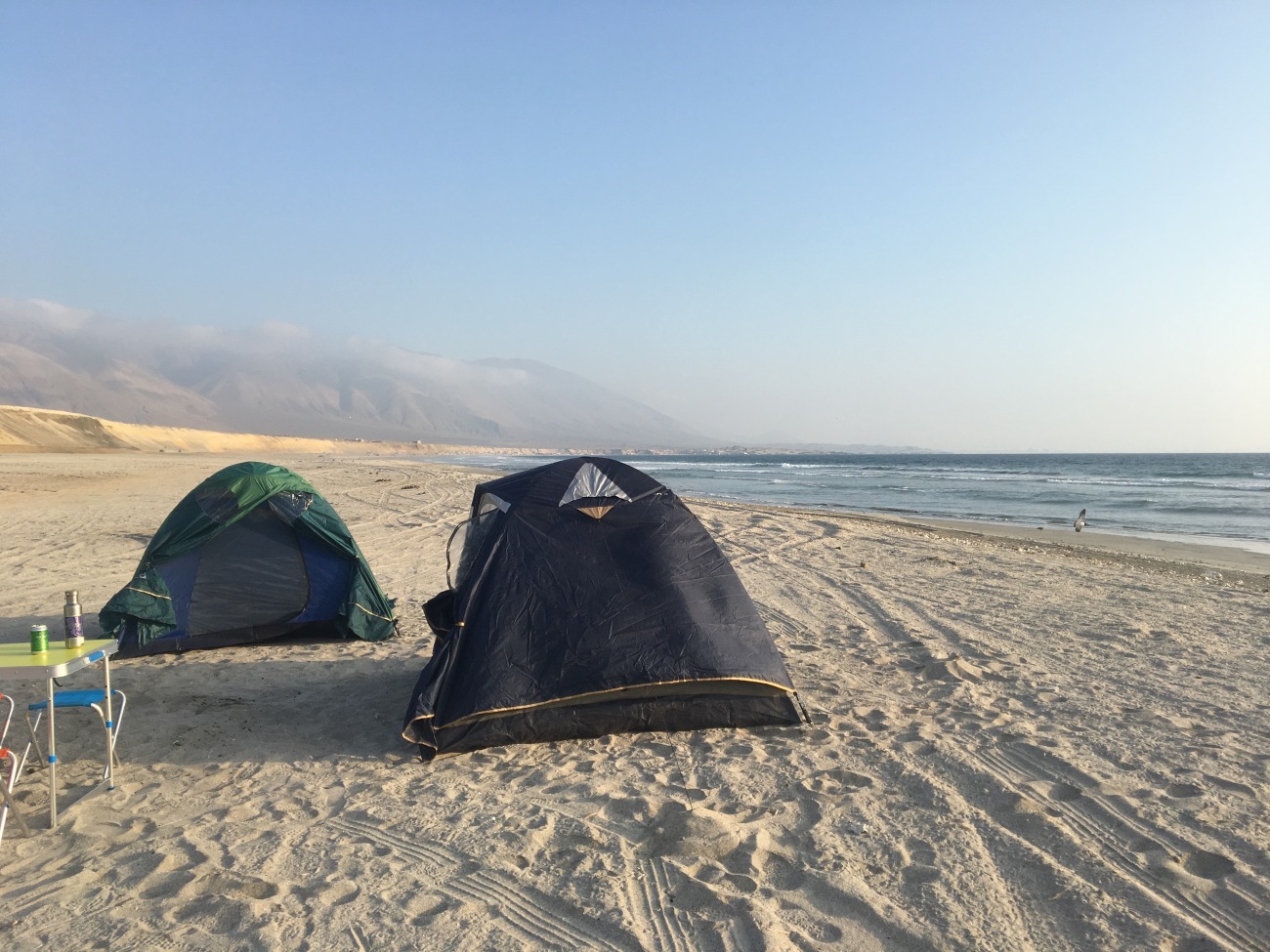 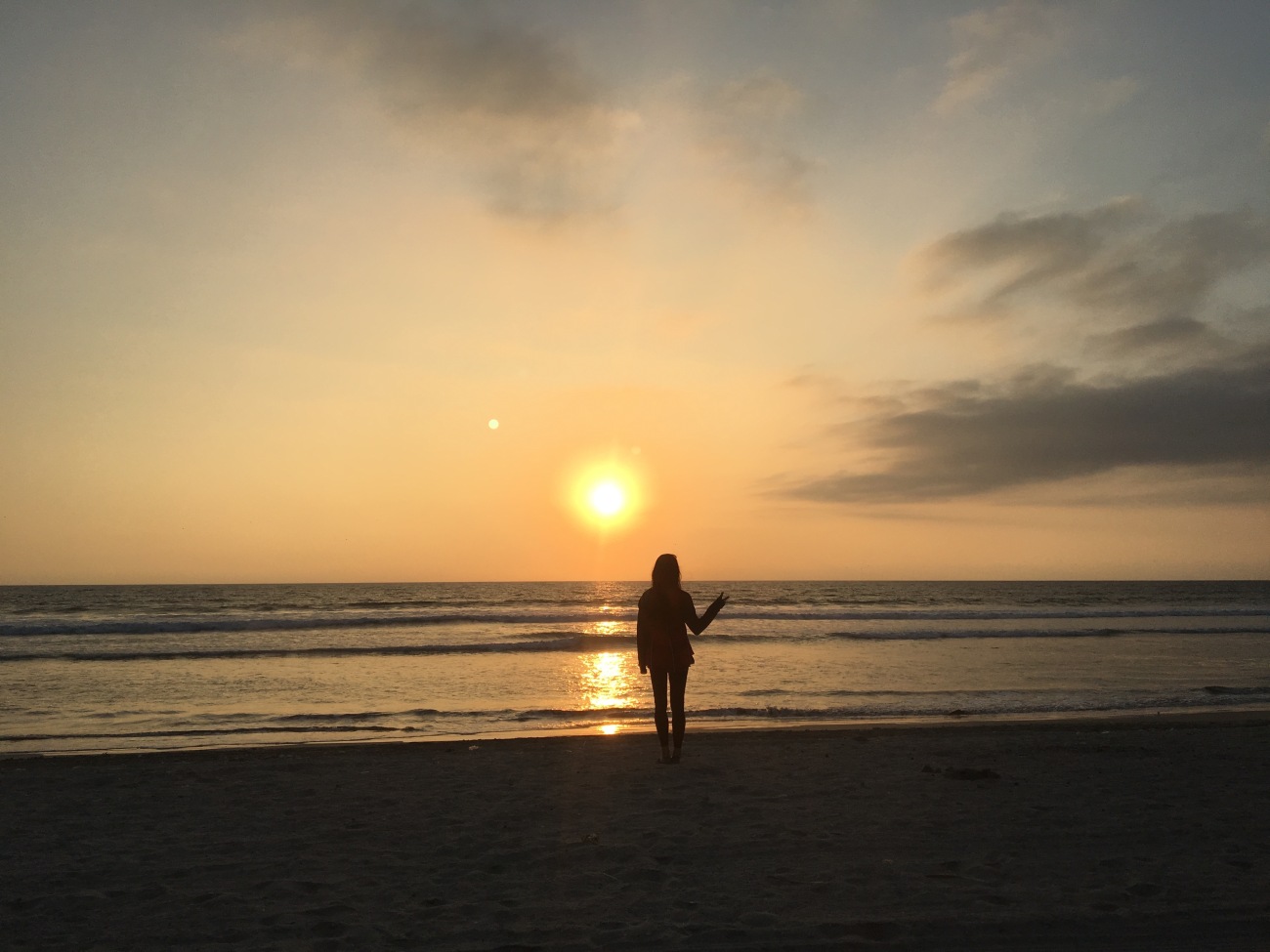 IF YOU HAVE ANY QUESTIONS, PLEASE DON’T HESITATE TO CONTACT ME @ TheWrightWays113@gmail.com… get out there & start exploring!

“Traveling leaves you speechless.. then turns you into a storyteller” 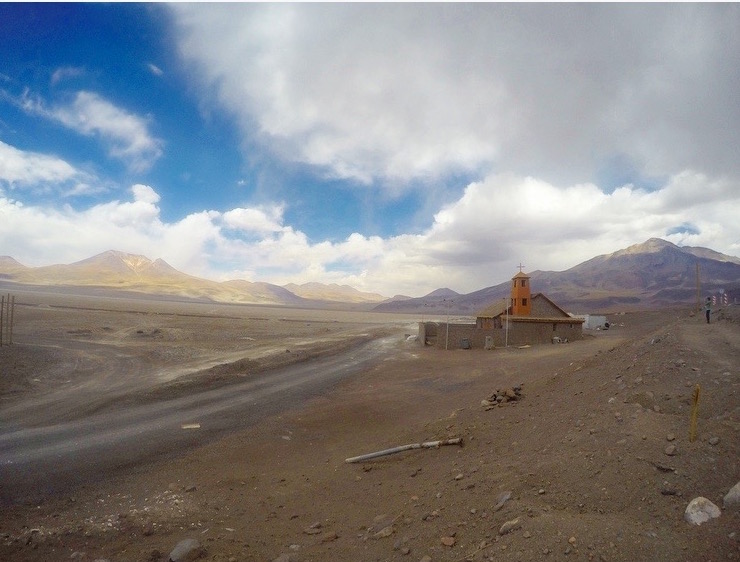 Found this church near the Bolivian border, in the middle of nowhere.. so beautiful